When I was a kid, the Magic 8 Ball was a quirky toy used to tell fortunes or predict the future. The answers to yes-no questions were often vague enough to be accurate, such as “Ask Again Later” and “Don’t Count on It.” As we kick-off 2016, it might be fun to ask the Magic 8 Ball what we can expect to see as far as financial institutions and risk strategies go for coping with money laundering in the coming months.

Most Likely. We all know that we can expect to see an uptick in attempts to launder money, despite the tightened scrutiny by banks. In fact, as 2015 drew to a close, a man in Minnesota was being charged with conspiring to launder more than $2 million in a penny stock fraud scheme. It’s probably just human nature: where there are laws, there will always be people who try to figure out how to avoid them for personal gain.

Signs Point to Yes. . . Click here to read the rest of this prediction article. 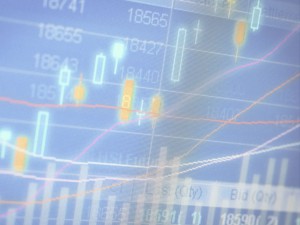 Thanks to technology, KYC is evolving to Know Your Country

To the average American, the acronym KYC probably sounds like a misspelling of the infamous KFC, but those of us in the financial services industry immediately recognize the acronym as referring to Know Your Customer, one of the cornerstones of today’s efforts to reduce risk and fraud in banking. The definition of KYC is about to change, however, as the acronym evolves to the risk management tool, “Know Your Country.”

It used to be understood that a successful banker would need to know his or her customers. One hundred years ago, chances are good that the home town banker would be intimately acquainted with his or her neighbors investing money, or seeking loans. Fast forward to today, and life is just not that simple anymore, particularly with national and global banks having hundreds of branch offices in multiple countries.

After 9/11, the U.S. Patriot Act in 2001 formalized the requirement for financial institutions to “know” their customers. . . Click here to read the rest of the article.

Swiss banks are synonymous with anonymity. But the threats of money laundering and terrorist financing are enough to force some banking changes — particularly when it comes to safe deposit boxes.

Recently, India and Switzerland have been working closely together to identify Indians who have potentially been stashing illicit money in Swiss safe deposit boxes. Switzerland has already disclosed account information at the request of the Indian government, an action that would not have taken place 20 years ago. But the Swiss government also issued assurances that its safe deposit box regulations are sufficient to deal with increased money laundering risks at this time.

Just how popular are safe deposit boxes today? Click here to read the rest of this story. . .

I talk a lot about money laundering, but exactly what is it and how did it become a popular topic of conversation?

According to the U.S. Treasury, money laundering is simply how someone or some organization makes illegally-gained proceeds, or dirty money, clean. Typically, it involves three steps — placement, layering and integration — so that illegitimate funds can become part of the legitimate financial system.

As an illegal activity, it’s been going on for several thousand years; for example, we know that Chinese merchants were hiding their wealth from rulers as early as 2,000 BC. They would either move it, invest it in remote provinces (or outside of China) or bury it.

Fast forward to today, and. . .to read the rest of this article, please click here.

The story unfolding in Poland, with politicians running electoral campaigns based on promises to curb bank profits, could have a profound effect on other countries, depending on the outcome.

We casually talk about the global economy, and how one venture outside of our borders can have a dramatic effect on our financial health. The story began during the financial crisis of 2008, when Polish banks were largely insulated from the global recession due to their strong fiscal management policies and the financial management tools offered to customers. At that time, many Poles took advantage of the Polish currency’s strength (zloty) against the Swiss franc and financed mortgages in the Swiss currency Today, that balance is reversed; the Swiss central bank abandoned caps on the franc’s value earlier this year. As a result, the franc became stronger, with the move affecting more than half a million Poles who now find themselves paying much more for their mortgages. To read the rest of this article on Medium.com, please click here.

As a banking behemoth, JPMorgan is frequently the target of lawsuits and allegations of suspicious activities.  None of them have proved as problematic as the London Whale scandal, which entered a new chapter this week.

Since the banking crisis in 2008, JPMorgan has encountered criticism for its poor risk management practices.  The biggest outcry began in 2012, as the flawed risk strategies deployed by trader Bruno Iksil and the bank’s London employees with derivatives trading caused the bank to lose $6.2 billion.  Dubbed the London Whale, this scandal showed that JPMorgan supported Iksil despite understanding the risks involved with his approach to derivative bets.  The bank went so far as to try to cover up the massive losses, initially only acknowledging a loss of $2 billion when restating its 2012 first quarter earnings.

JPMorgan eventually paid more than $1 billion in fines and admitted its mistakes to settle government investigations in the U.S. and U.K.  Former traders have been criminally charged in the U.S., with trials pending.

But it’s not over yet.  Resulting shareholder lawsuits have been dismissed over the years, but this week, the U.S. District Court in Manhatttan ruled that a class action suit could proceed.  Led by shareholders in pension funds in Arkansas, Ohio and Oregon, the suit contends that JPMorgan knowingly hid increased risks.

Just how big is this?  JPMorgan will be facing potentially hundreds of thousands of investors in this suit, some of whom bought shares after the bank’s partial disclosure of the loss.

The lesson to be learned from this story is one of oversight and compliance.  JPMorgan had been using the risk measurement tool known as Value at Risk, or VaR – something the bank itself had helped to develop and popularize.  But despite the fact that its VaR identified the London Whale trades as exceeding the bank’s risk indicators by more than 330 times, no actions were taken.

Risk and compliance guidelines are only as strong as those who implement them.  While it appears JPMorgan has since learned this, that knowledge is coming at what may eventually be an ever-increasing cost.