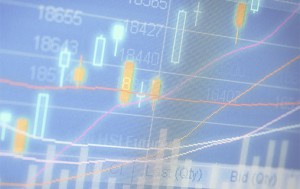 In the increasingly competitive mobile telecommunications industry, retaining customers is a challenge that Tier 1 carriers are aggressively rising to meet. While many marketing efforts to combat churn are still reactive, the Alacer Group recently developed a model for an American telecommunications company that outlined proactive approaches for contacting customers before they decide to change service providers.
Looking at more than 70 different data points on over 70,000 customers, we created a binary logistic regression that could predict with 60% accuracy whether or not a customer will churn. We then considered the Probability Factor, and calculated each customer’s value to the carrier to create individual Profit-Churn scores. The results determined where each customer fit into a four-quadrant matrix, which gave the service provider a road map for determining the best actions for each audience.

The American mobile telecommunications industry has matured from its early days of explosive growth to a saturated and fiercely competitive market where carriers are battling to simply retain existing customers. The current buzzword within the industry is customer churn, a term used to describe customers who voluntarily unsubscribe to join a competitive carrier. It’s become so pervasive that the industry now has one of the highest customer churn rates in business; as an example, in August 2012, T-Mobile’s churn rate was 2.10 percent, which may seem minuscule until you factor in its millions of subscribers. As a result, many companies are redirecting vast sums of their marketing dollars from developing customer acquisition programs to devising churn management strategies. In fact, the analysts at Gartner Research recently reported that the marketing budget allocated to retaining customers and increasing loyalty through customer service will more than double by 2015.
Most often, service providers are reactionary in their efforts to address voluntary churn. But what if unstructured data could be used to develop a model that could identify the most lucrative customers and help develop a proactive program for ensuring their loyalty? Big data offers just this opportunity.
With this in mind, the Alacer Group recently worked with a Tier 1 service provider to leverage its customer data, which could then be used to create a proactive churn management program. Using 75 relevant data points for each of approximately 70,000 customers, 28.8% of which had churned, we could design a useful churn prediction model for restructuring marketing operations.

In order to predict the likelihood of a customer churning, it is important to understand what variables may cause a customer to leave in the first place. To do this, we created a Churn Scoring Model using binary logistic regression.
We began by dividing our data set into estimation and validation samples;
the first was to be used to create a predictive model, with the validation sample as a test of the model’s performance. Next, a logistic regression was created using almost all of the independent variables as inputs and the binary churn variable as the output. If done manually, it would take a long time to test and eliminate the many independent variables that are either not statistically significant or that have high correlations with other independent variables used in the model. Fortunately, IBM’s SPSS statistical software has a feature that automates much of the variable selection process.
With most of the 75 independent variables inputted into a logistic regression, we ran an analysis using the Backward: Conditional method. This analyzes all variables and then eliminates them one-by-one until a desired model is achieved.
With this regression model, we identified 36 of the independent variables that are statistically significant for predicting customer churn; however, at this point the model is not yet complete. In its current format, it only gives us a t score.
The t score is not very helpful in itself, but it can be converted into a Bernoulli Probability by applying this formula giving us our scoring model.
With the scoring model complete, we can apply it to our validation sample and evaluate its predictive performance. We exported the t score model using the Propensity to Purchase option in the Direct Marketing module in SPSS, and applied this to our validation sample using SPSS’s Apply Scores from Model feature. As a result, each customer received a Predicted Value and a Selected Probability (that y=1). We then grouped the Selected Probability values into seven different bins.
We noted that more than 1,000 customers were not given a churn score. Initially, we used the age of the head of household as a variable factor; however, more than 20,000 customers were shown to either not have a listed age (hence no score), or an age of 0 (impossible), so age was not a useful variable.
After removing age as a variable factor, we ran the Backwards: Conditional binary logistic regression again. We also computed a new “accuracy test” variable, which was the sum of the value of the actual churn result (0 or 1) and two times the churn value predicted by our model (0 or 2).
Values of 0 = the model correctly predicted someone would not churn (42.7%)
Values of 1 = the model incorrectly predicted someone would not churn (12.4%)
Values of 2 = the model incorrectly predicted someone would churn (28.4%)
Values of 3 = the model correctly predicted that someone would churn (16.4%)
Overall, the model was accurate 59.1% of the time in predicting whether or not a customer would churn (42.7 + 16.4 = 59.1). We then decided that the profitability of each customer was important to consider as well.

Sprint CEO Dan Hesse recently confirmed the importance of the Profitability Factor. In his April 2013 conference call with shareholders, he explained that mobile operators can’t rely on adding new high-value contract subscribers to boost their bottom lines. Instead, companies will need to focus on retaining the customers they have, while encouraging individual subscribers to spend more.
That said, the goal for any voluntary churn reduction program is revenue stabilization and augmentation. Looking at a subscriber’s profitability is arguably a better model for developing a targeted marketing program than utilizing overall subscription numbers as a benchmark. Not all subscribers are equal in value; in fact, based on cost vs. profitability, there are some customers that it might be wiser for a service provider to proactively lose from a revenue standpoint.
By considering the profitability of each of customer in addition to his or her likeliness to churn, we can determine if some churn is desirable, identify high value customers who should be proactively targeted to remain loyal, and develop an overall action plan.
In order to analyze the data in a way that provides insight into customer profitability, we used the customer lifetime value (CLV) approach to perform an annual profit & loss analysis for each subscriber. Because the data is missing actual costs, we made the following assumptions:

By melding the Churn Model with the Profitability Factor, the service provider gets a useful framework for making more informed marketing decisions, and can concentrate retention efforts on those highly profitable customers who are most likely to churn. These are the customers the carrier cannot afford to lose. Unprofitable subscribers who are likely to churn can either be let go as customers or can be enticed to move to a profitable status.
Using the seven bins from the Churn and Profitability scores, each customer’s combined score is used to assign him or her to a quadrant. For example, a customer with a Profitability score of 7 and a Churn score of 5 gets a combined score of 75. Each two-digit score can be read as a set of X,Y coordinates.

The quadrant boundaries were created from the company data set at break points driven by business needs. The Churn axis breaks between 2 and 3 where there is a 50% or more probability of churn. The Profitability axis breaks between 3 and 4 where the mean profitability was calculated. Figure 7 illustrates the breakdown of the quadrants and the customer distribution.
Within each quadrant, marketing efforts would be prioritized based on Expected Churn Loss:
Expected Churn Loss = Monthly Expected Profit * Probability of Churn
As an example, this calculation could help determine if a Profit7-Churn6 individual should be addressed before a Profit6-Churn7 customer.
The actionable predictors of churn can now be used to develop specific marketing actions appropriate to each customer. Here are a couple of ways churn predictors could help determine how the company could retain a valued customer:

In conclusion, while Churn and Profitability/CLV models are not new, this unique quantitative approach of combining churn with the Profitability Factor is a new twist. Through a simple scoring model similar to RFM, service provider marketers can now prioritize their retention actions for the best customers.